The Pier from the Beach

The Hug; Closed Eyes and Smile

Looking at The Thunderbolt

The Brooklyn Flyer at Luna Park

Parachute Jump in the Fog

Harvey Stein b. 1941 is an American photographer, teacher, curator, and author based in New York City. His images have been published in the New Yorker, TIME, Life, Esquire, Smithsonian, The New York Times, Reader’s Digest, Psychology Today, Harpers, ARTnews, American Artist, People, and Der Spiegel, among many others.

Coney Island 40 Years tells the tale of world-renowned photographer Harvey Stein’s 40-year romance with “America’s playground.” Stein’s timeless black-and-white images, taken from the 1970s through 2010, capture that quintessential weird and wonderful quality central to the mythos of this iconic Brooklyn beachfront. Consistently shot through the decades with a 21 mm lens, this series of photographs evokes a sense of nostalgia, fantasy and adventure.

“Entering Coney Island is like stepping into another culture,” Stein writes. “Coney Island is an American icon celebrated worldwide, a fantasy land of the past with an irrepressible optimism about its future. There isn’t anywhere else like it.”

Stein’s photographs have been widely exhibited in the United States and Europe — over 81 one-person and 160 group shows to date. His photographs can be found in more than 55 permanent collections, including the George Eastman House, Bibliothèque nationale de France, the Art Institute of Chicago, the Brooklyn Museum, the New Orleans Museum of Art, the International Center of Photography, the Denver Museum of Art, the Musée de la Photographie in Charleroi and the Museum of Fine Arts, Houston, and, among others, the corporate collections of Johnson & Johnson, Hewlett Packard, LaSalle Bank, Barclays Bank, and Credit Suisse.

Harvey Stein frequently leads workshops and lectures worldwide. He has taught at the International Center of Photography since the 1970s.

His book Coney Island 40 Years was published in 2011 by Schiffer Publishing.

The Art Institute of Chicago

The Museum of Fine Arts, Houston

The Brooklyn Museum of Art

The New Orleans Museum of Art

The International Center of Photography

The Museum of the City of New York,

The Denver Museum of Art

The Carnegie Museum of Art

The Portland Museum of Art (OR)

The Portland Museum of Art (ME)

The Corcoran Gallery of Art

The American Museum of Natural History

The Santa Barbara Museum of Art

The Addison Gallery of American Art 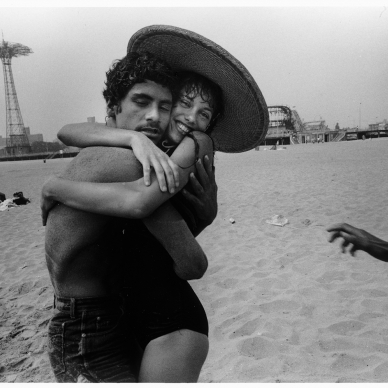 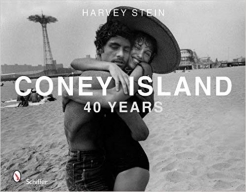