Sam Ervin with the Watergate Committee (at a hearing), Washington, DC, August 1973

Tomb Prison Hands from behind the bars, New York, Sept. 1972

Born in 1935, Jean-Pierre Laffont studied photography at Arts et Métiers in Vevey, Switzerland before immigrating to the United States in 1965 where he began his career as a photojournalist. After joining the Gamma agency, he started to cover political and social movements such as the riots against the war in Vietnam or the Civil Rights Movement. In 1973, alongside his wife Eliane, he co-founded Sygma Photo News, which rose to the top of the list of press agencies.

During the next three decades, Jean-Pierre Laffont became a White House Correspondent, covered the Watergate scandal and carried out numerous political and social reportages throughout the United States as well as internationally in Eastern Europe, the USSR, China, Japan, India, Africa, and other countries. In 1973, alongside his wife Eliane, he co-founded Sygma Photo News, which rose to the top of the list of press agencies.

His images have appeared in such major international magazines as TIME, Newsweek, The New York Times, Paris Match, Figaro, and Stern, among several others. In 1979, he received World Press Photo Award’s first prize for his seminal photographic essay on the subject of child labor around the world—the first of its kind. In 1996, he was honored with a retrospective of his work at Visa Pour L’Image and was named Chevalier de l’Ordre des Arts et des Lettres. The two most recent books by Jean-Pierre Laffont are New York Up and Down, released in August 2017, and Turbulent America 1960-1990, released in 2014, both published by Glitterati. 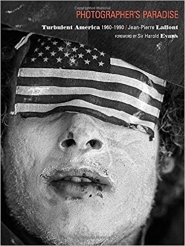 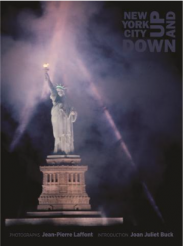 New York Up and Down
Photographs by Jean-Pierre Laffont, Introduction by Joan Juliet Buck

By Adam Sternbergh and Jean-Pierre Laffont