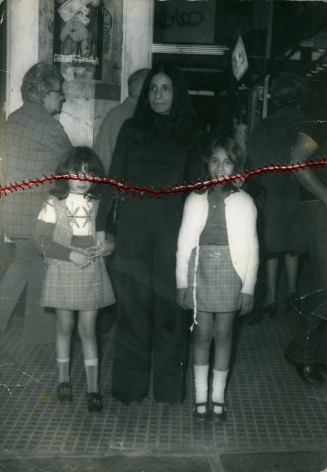 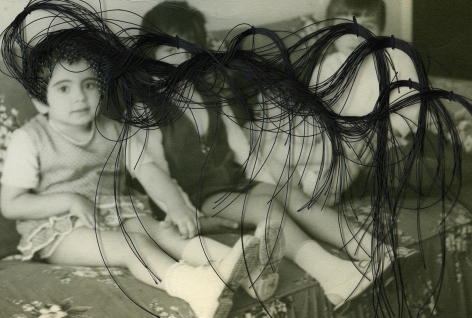 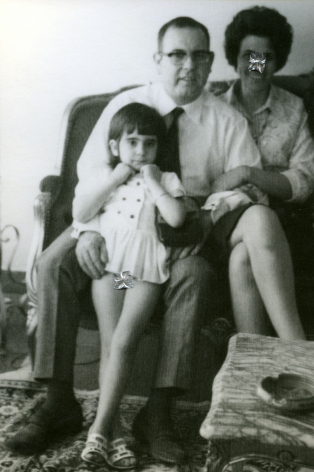 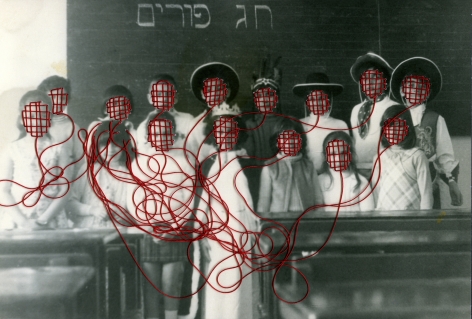 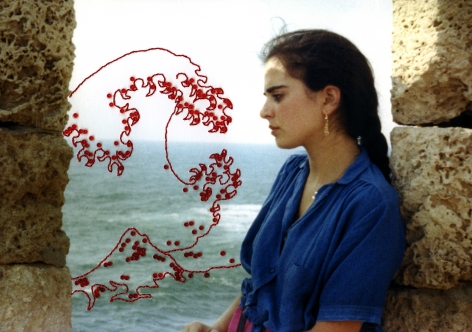 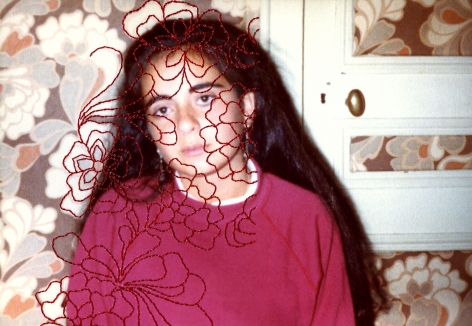 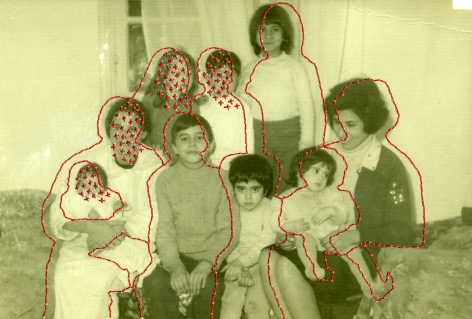 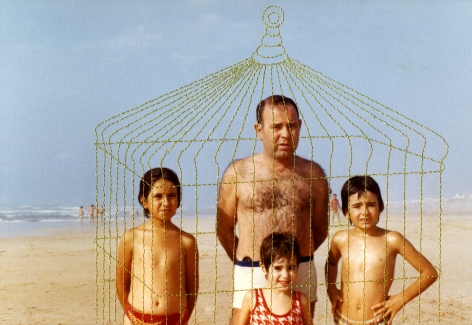 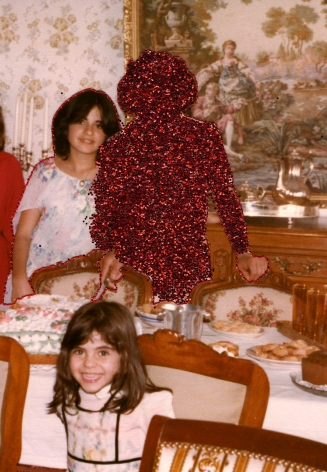 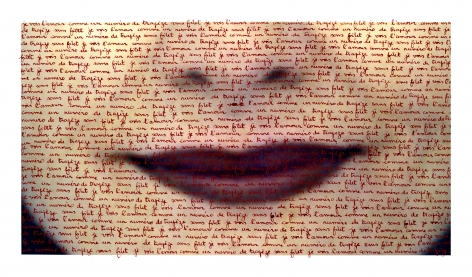 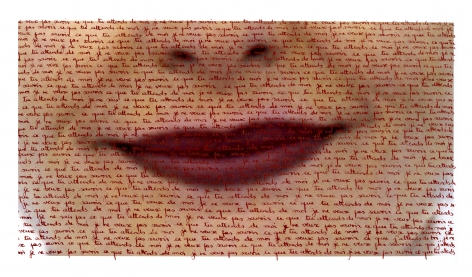 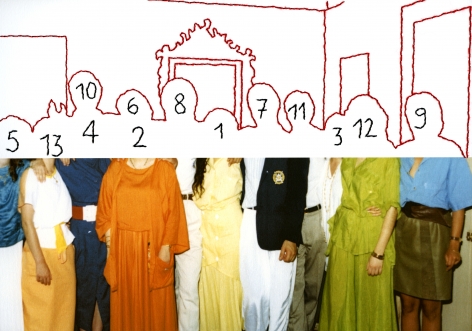 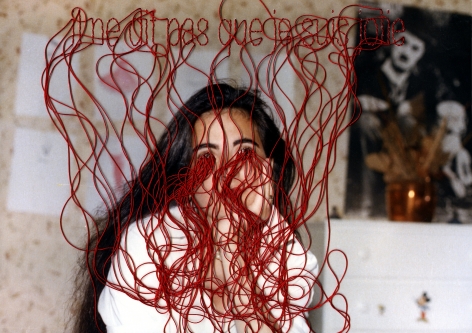 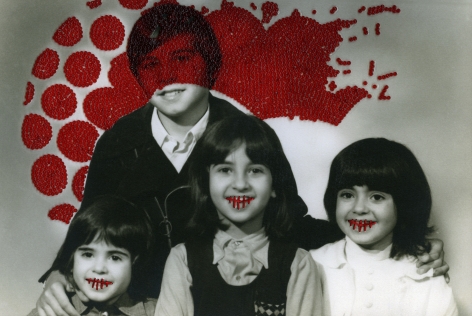 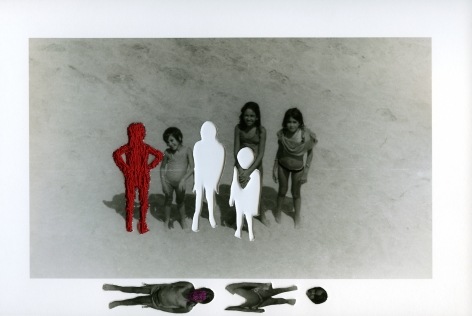 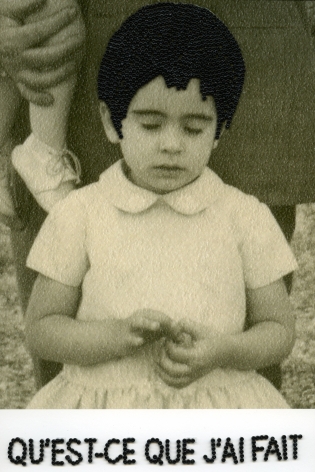 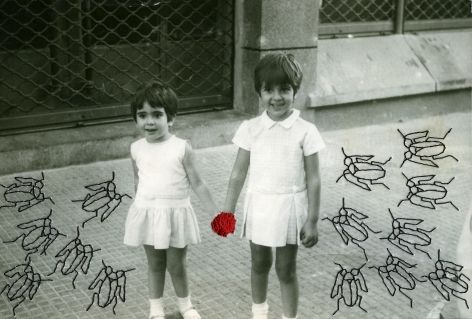 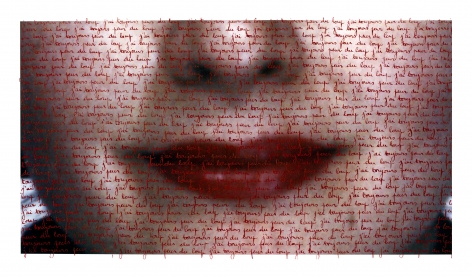 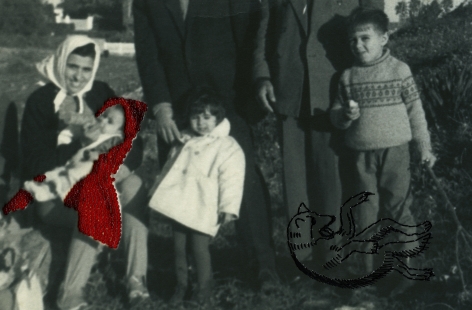 Carolle Bénitah, who worked for ten years as a fashion designer before turning to photography in 2001, incorporates the art of sewing and beading into her photographs.  Her current series, Photos-Souvenirs,  explores the memories of her Moroccan childhood by reworking and threading old family snapshots.  In what the artist describes as “excavations,” photos are unearthed from albums and shoeboxes, classified, scanned, transposed onto new paper, and finally hand beaded and embroidered by the artist.  This final step, accomplished with red, black, or gold thread and wire and glass beads—chosen for their shine and delicacy—is a revelatory act for the artist.

“There is nothing subversive about embroidering, but I corrupt it through my intentions,” writes Carolle Bénitah.  “I use its falsely decorative artifices to reinterpret my history and to denounce its failings.”  She continues, “Each photograph lifts the veil from the past.  It is a story of revelation.  It is work related to emotions.”  Through this deeply personal reexamination of family ties and childhood memory, which according to the artist can be likened to archaeological work of the soul, Bénitah seeks to discover more of her identity and uncover a history of family secrets. 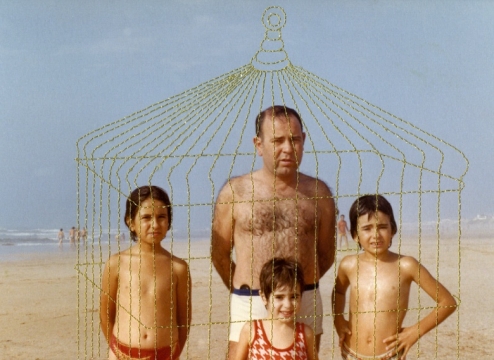