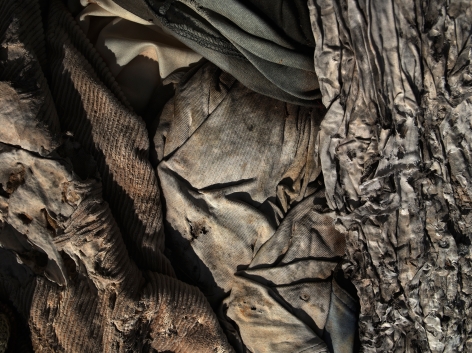 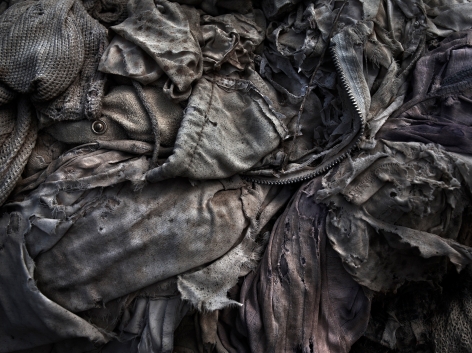 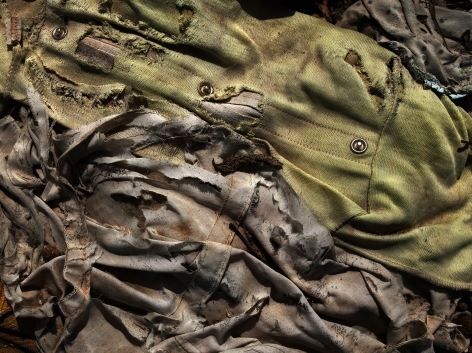 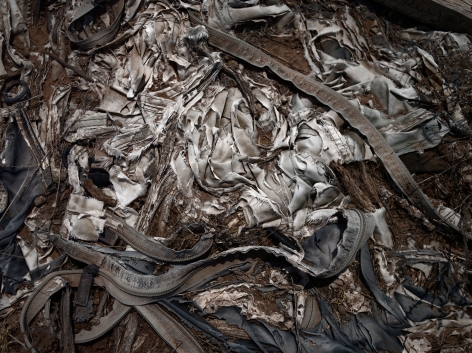 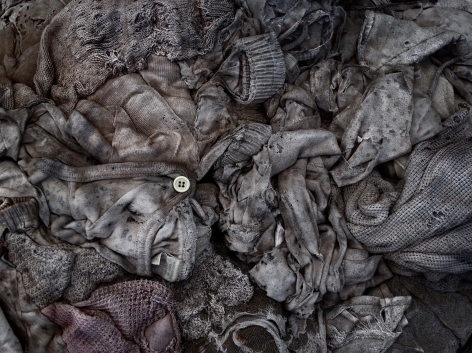 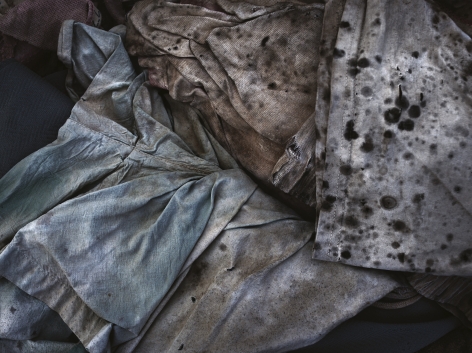 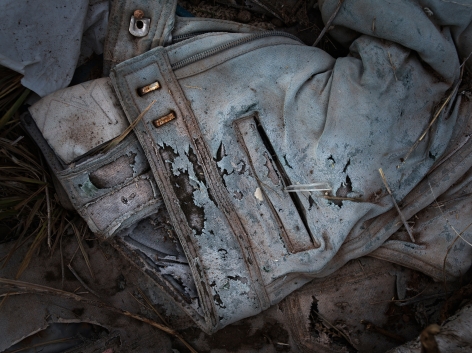 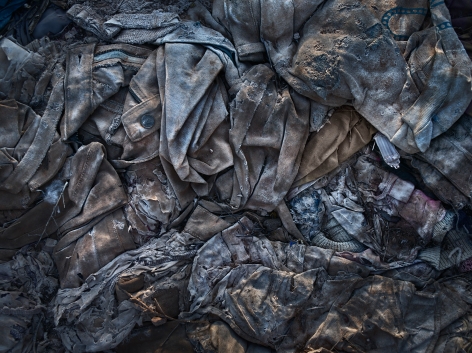 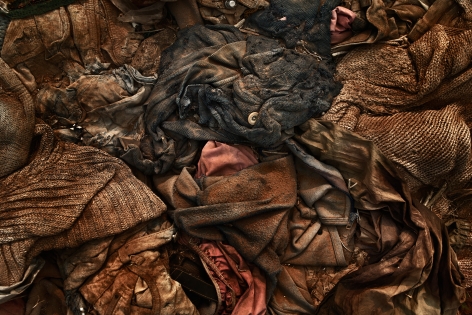 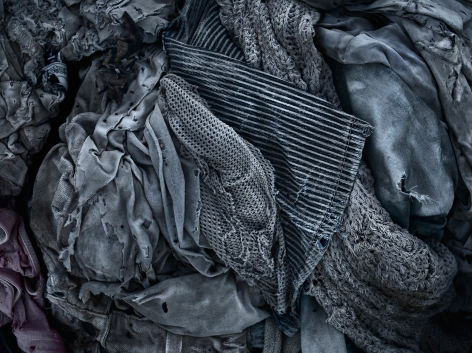 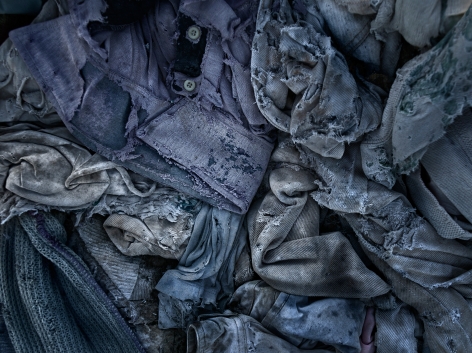 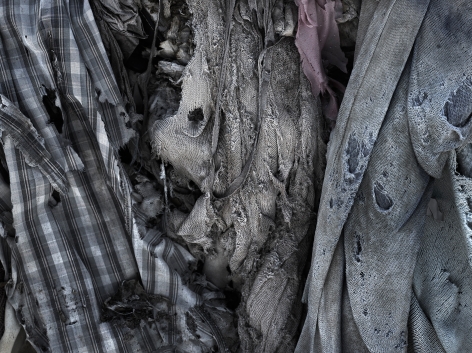 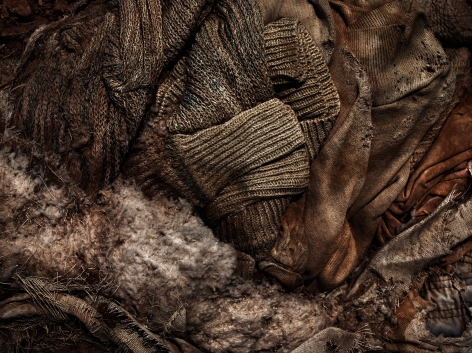 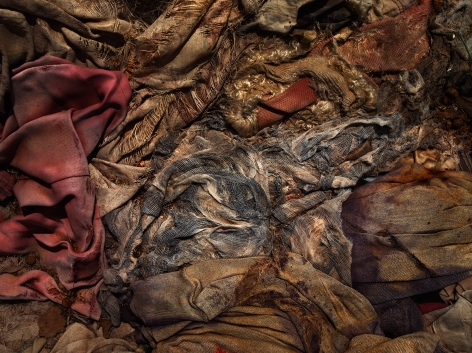 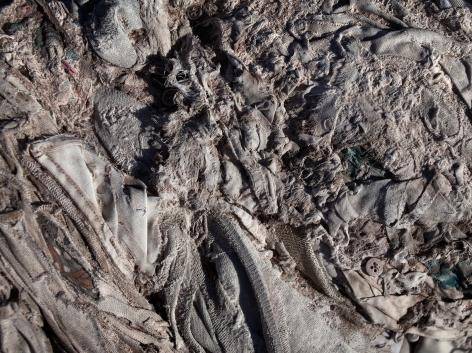 Photographs from David Zimmerman’s Last Refuge  series will be on view at Sous Les Etoiles Gallery December 8th, 2011 through January 28th, 2012.  The opening reception will be held on Thursday, December 8th from 6-8pm.

The interaction between space and identity is a strong concern of the photographer David Zimmerman.  With acuteness and talent, he explores the territories made by contiguity, infinity and exclusion where the human being is vulnerable.

With his new series Last Refuge,  David Zimmerman brings us to New Mexico’s vast desert, where a community of people live, by choice or by circumstance, in a place with no electricity or water.  These people are not outcasts or drifters, however; on the contrary, they are quite happy to live on the fringe, as far as possible from the mainstream.  Their homes are primitive shelters fashioned from good intentions, scraps, and eventually clothing.  As the weight of the roofs eventually collapsed on homes, people moved on.

"There is a hidden beauty in many things, and the pile of abandoned clothing attracted me at first by its palette and form and its odd 2-dimensionality—having been beaten for decades by the relentless desert climate," writes the photographer.

Clothing is the primary protection for human beings, and when nothing else is left, it stands as their last land and home.  In a surgical close-up and focus on garments, with the density, the contrast, and the sharpness of all details, Zimmerman's work appears to be a true archeology of the human soul.

Even though the clothes are damaged or forgotten, the remnants depict an individual challenge, an individual journey questioning our own identity and how to accept and overcome a fluctuating reality.  Zimmerman’s series reveals the balance between a wandering and sedentary life.  Here lives the desire to escape, as well as the ability to settle and the strength to move forward. 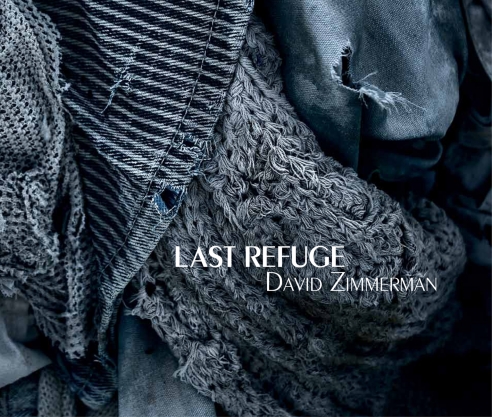