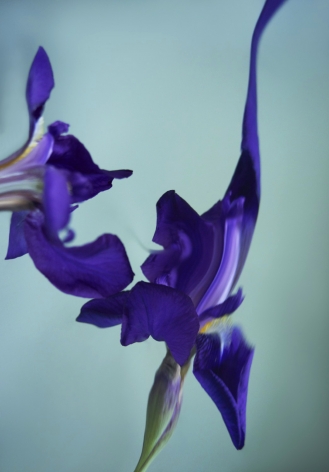 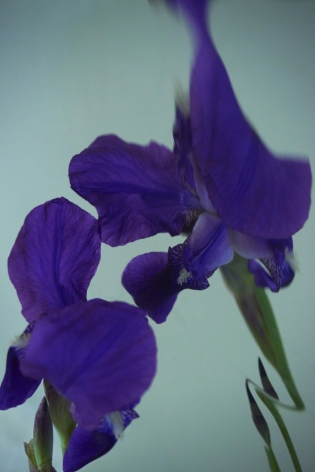 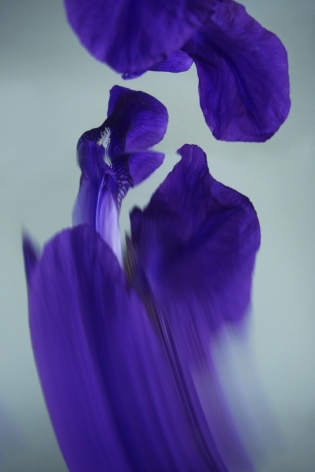 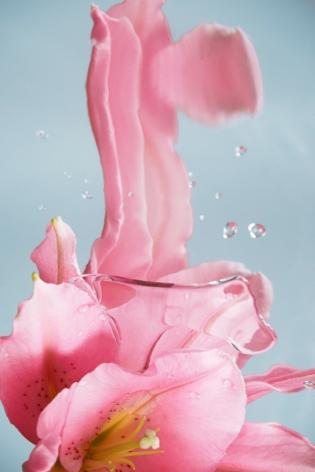 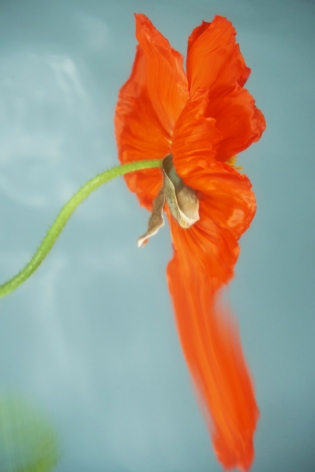 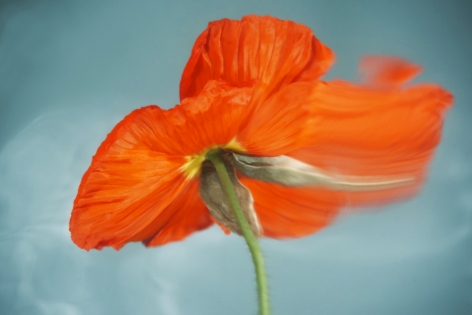 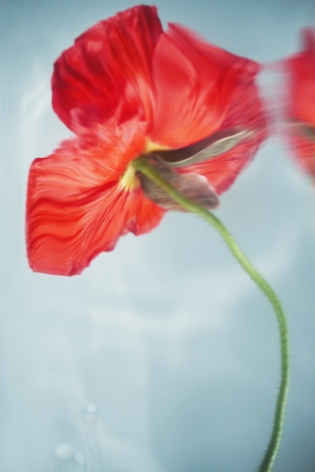 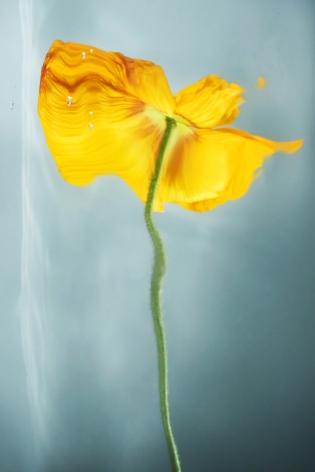 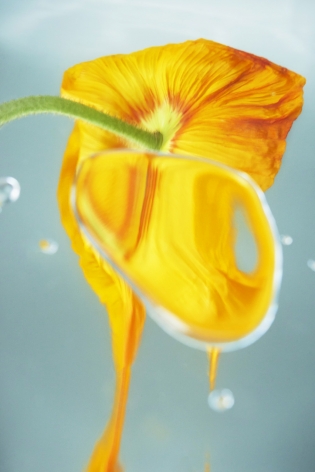 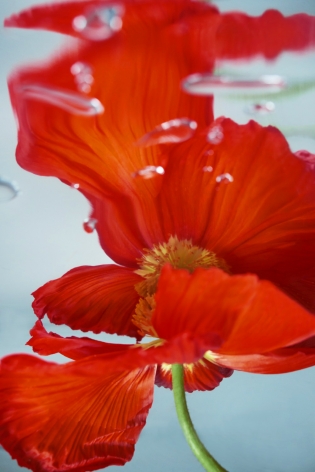 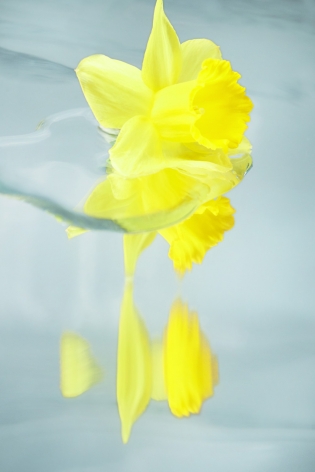 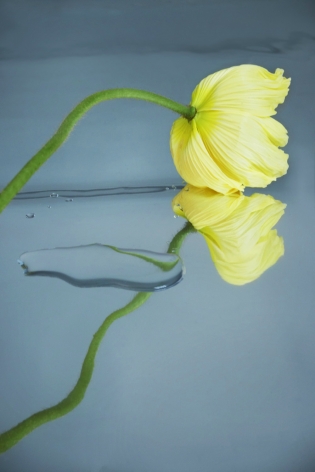 This series on flowers, initiated last year during the confinement, evokes the fragility, the strength, the infinite mystery, and the complexity of nature that enhances the relationship between two constant themes in Sophie Delaporte photographs: woman and color.

“I wanted to explore the color in its raw state, which flows, spreads, like a drop of water in painting. My references are very pictorial, inspired by the quality of chroma that we find in the daylight. I’m approaching photography really like a colorist, with subtle nuances of color, shape, and light; I have always sought, through the treatment of color, to get closer to painting” explains the artist.

Delaporte invents fluid rhythms that allow a universe of freshness and movement creating a new allegorical language. Her flowers, both almost abstract and very precise, in pale orange, pink, red or purple, are also charged with a powerful sensuality that reminds us of a woman’s grace and beauty.  “In 2019, having been invited to Centre Georges Pompidou, in Paris, to talk about this subject during the Dora Maar exhibition, made me realize the importance it has always had in my work” comments Sophie Delaporte.

Sophie Delaporte, b. 1971, is a French artist and photographer who works in fashion on a regular basis. The depth of color, staging, gestures and simple fun of her imagery evoke the world of storytelling. Delaportes’ photographic language imagines situations that do not exist, suggesting an alternative fantasy vision of women in fashion photography. Art historical references are fundamental to the work, and are inspired by the performing arts, such as the work of Pina Bausch, and early woman surrealist photographers, such as Claude Cahun.

The work of Sophie Delaporte has been shown in numerous solo exhibitions around the world, including New York (Sous Les Etoiles Gallery), Tokyo (Galerie 21 and HPgrp Gallery), and London (Scream Gallery). Her work is also featured in publications such as Another Magazine; Vogue Japan, China, Italy, and Russia; Interview; Harper’s Bazaar; and I-D Magazine, with whom she has regularly collaborated since the 1990s.

Working between Paris and New York, Sophie Delaporte studied photography and film at the Ecole nationale supérieure Louis-Lumière, in Paris.